Today I discovered the concept of mind-mapping and a software tool to help.

A few weeks ago I decided that I want to write a book about entrepreneurship - the book I wish I'd had.

I had been "putting off" writing an outline... really I was letting ideas percolate and was a little overwhelmed with all the ideas I did have and did not have a good system for keeping track of them and organizing them into some sort of logical fashion.

Today I was inspired to work on jotting down the ideas/organizing...

I started out as I normally would - with my journal and a pen - to let the ideas flow.

But, I was hesitant because I knew I ultimately would want this typed up and in a way that I could jot quickly and move things around quickly.

I realized the journal wasn't the best for this... and went to the computer, only to not really want a word processor or project management tool...

I set to searching on Google for "apps for writers"...

I eventually came up with several options and realized what I was looking for was called "mind-mapping" - basically it's a method for quickly noting (non-linear) thoughts/ideas in a stream-of-consciousness way and then being able to sort/organize them.

This is just what I needed.

I began using Mindmeister and found it very good. It had all my requirements: web and app based, android friendly. (I found several that were windows, mac os and ios, excluding web based and android... very frustrating in this day and age.)

It was a pretty seamless experience and I was able to basically come up with an outline for an entire book in a matter of 2 hours via stream of consciousness. :)

How I Became a Soccer Announcer 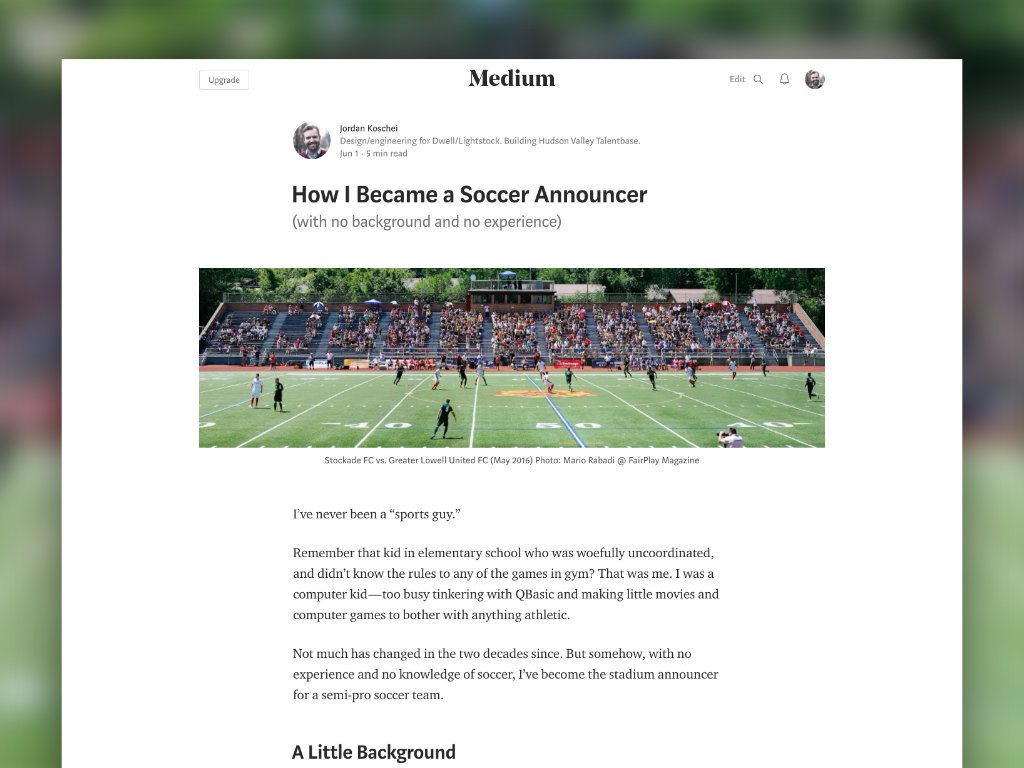 How I became the stadium announcer for Stockade FC, the Hudson Valley's semi-pro soccer team, despite having no background and no experience. 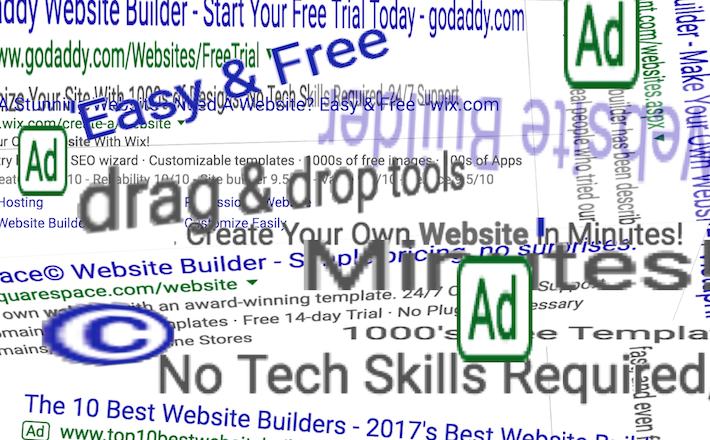 In 2017, there is a plethora of free website builders, themes, and templates you can use to create a website “in minutes!” The truth is that the results of these tools are rarely sustainable in the long term — and may be sending the wrong message to your end user.